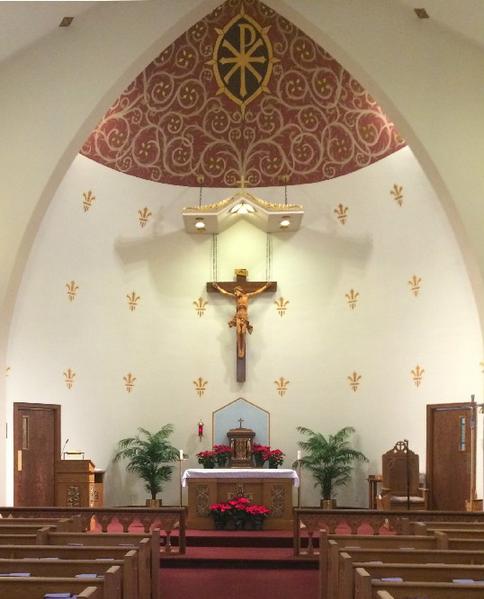 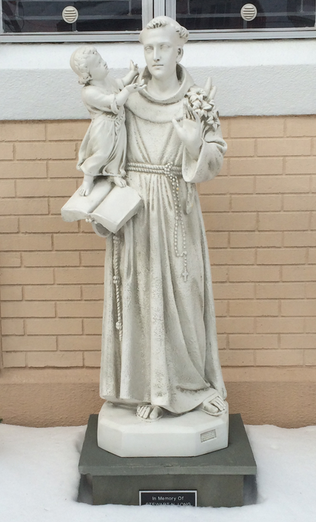 Shine in the love of God's grace, every day.

Nestled between two historic landmarks, the Mason-Dixon Line and the Gettysburg Battlefield is Littlestown, the home of St. Aloysius Catholic Church.  This parish, historic in its own right, dates as far back as 1690 when the Jesuits began visits to establish a mission in the Conewago Valley.  The Littlestown community, settled by German Lutherans, also experienced an early influx of Maryland Catholics as well as Irish immigrants, so the establishment of a Catholic parish was inevitable.

It was not until 1784, however, when several families began to offer their homes for the celebration of the Mass, that a small group of zealous worshipers longed for a permanent place of worship.  Two properties were considered, and in 1791, the site of a hotel on South Queen Street was chosen.  The deed was dated February 5, 1791.  At the time of the dedication, of which there is no record, it is supposed that the church received the name of St. Aloysius Gonzaga, after the much-beloved Jesuit who was also known as the Patron of Christian Youth.

By 1840, after years of making repairs to the old hotel, the building of a new church was begun.  On June 3, 1841, the cornerstone was laid, and the new church was dedicated on June 26, 1842.  Not until 1884, though, was the congregation relinquished by the Jesuits, and by the following year, the parish was to be served by its first resident pastor.

Throughout the rich and varied history of the parish, a rectory was built, a grade school was established, and a convent erected on the property.  Necessary improvements and renovations have occurred at various intervals to provide for the comfort of the parishioners and to enhance the aesthetics of the church, as well as to accommodate a growing congregation with ever-changing demographics.  A major renovation of the interior of the church occurred in 1962 when the sanctuary was restored and modernized.  During the same year, rectory renovations were completed.

By 1971, the school closed, but the school building itself serves as a multi-purpose center for religious education, weekly bingo, parish council meetings, and a wide variety of activities sponsored by the different organizations and ministries of the parish.  The convent has become an annex to the school where some of the religious education classes are conducted.

In 2002, the interior of the church was repainted, much to the delight of the congregation.  Renovations to the sanctuary, including the construction of a new Altar of Worship and a new Altar of Repose, relocation of the baptismal font, and installation of new carpet were completed.

One of the blessings of the St. Aloysius Parish is the presence of long-established families whose ancestors date back to the earliest days of its history.  Many people have been members of the parish for fifty years or more.  Rich with tradition, they have graciously welcomed new people with their ideas on making St. Aloysius truly a community of faith.